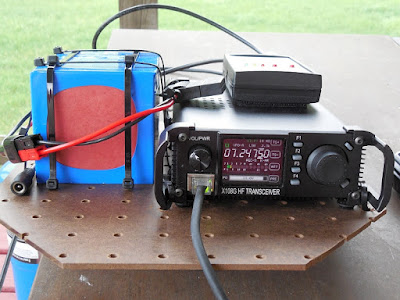 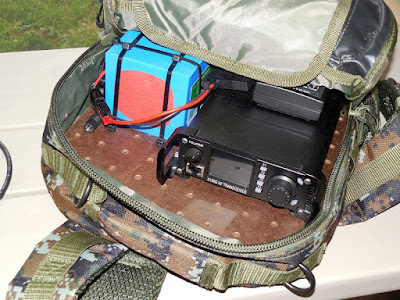 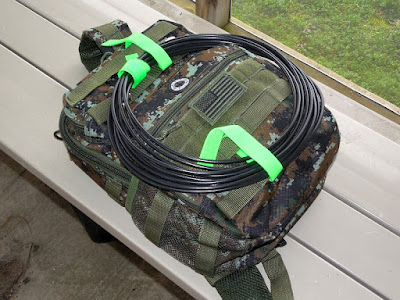 I'm not sure why but it seems every time I post here, on Facebook, etc. someone always contacts me and wants to know about my station. It isn't bare bones but considering I've been at this for 40 years now I still think it's modest but functional. Note there are no VHF/UHF FM items listed here. I change those too often and in general I think they are mostly a matter of which one you like the looks of the best. HF is my favorite part of amateur radio.

No, this isn't every piece of gear I own but it's the major stuff. I have a few odd small tuners and accessories tucked away here and there along with some test equipment but I'm too lazy to get all of that out and inventory it. By and large these are the things I use regularly.

The Pixie Lives On!

I remember being all excited years ago with the notion of a 40 Meter transceiver kit that could be had for the princely sum of about $15.00US! I recall buying the kit but never built it. I let it age on a shelf near my bench and ultimately sold it at a hamfest.

Well, a few years have gone by and the venerable Pixie lives on but in an updated version. While most ham gear has gone up in price the Pixie has actually gained an enclosure and gone down in price. You can buy an assembled Pixie in a case on eBay for around $8.00US as I write this. Oh, that price includes shipping by the way.

In theory, one could claim that if you changed the crystal to somewhere a Technician has 40M HF privileges, added a simple dipole tuned for the Pixie's crystal frequency, an inexpensive key, 9V battery, and some earbuds a person who puts in the effort to learn Morse Code could get on HF for under $15.00US. While that's technically true I absolutely do not advise this as a plan to get into ham radio cheaply. The reality of the situation is that operating a very lower power transceiver on a single frequency with little to no CW skills and experience would be, in my opinion, a recipe for frustration and disappointment.

None of that of course means you shouldn't get a Pixie. If you have some modest skills or a couple of friends who live nearby it could be a lot of fun. If your operating skills are up for it you can probably make a lot of contacts.

I mentioned changing the crystal. The Pixie comes with a frequency of 7.023 MHz which is in the US Extra Class allocation. While you could certainly operate there as an Extra I'd recommend you switch it out to the more common 7.030 MHz QRP "watering hole" or even move up the band to around 7.122 MHz where there's quite a bit of slower speed CW activity. Things are a lot more casual there.

As for the crystals, one supplier I've had great success with, and who has great prices, is KC9ON's 3rd Planet Solar site. He sells crystals on many of the common frequencies for just a $1.00US each and ships very fast.